Many people may know the custom of watching lanterns during the Lantern Festival, but they do not know the origin of lanterns during the Lantern Festival. Today, I will show you how the Lantern Festival Lanterns come. Regarding the origin of the lantern, we must start with a legend. The Emperor of the Western Han Dynasty dreamed that when the fifteenth day of the first month, a god came to burn the capital, he was very scared. After a lot of people's resolutions, he wanted to be sure that the gods had nostalgia. As long as you plead before setting fire, you will certainly be able to avoid this difficulty. By the fifteenth day of the first month, there are really gods descending from the earth, but the fate of God must be set on fire. At this time, the famous conspirators offered a strategy, thinking that as long as the city lights up, it must be the same as the scene of the fire. At this point, I thought it was burning down. It is because of this that it is protected from the danger of a city fire. In order to commemorate this day, and also to thank the deity, there is a custom of lighting a lamp on the fifteenth day of the first month. Gradually everyone regarded it as an entertainment and cultural activity, and the Lantern Festival Lanterns naturally came into being and passed down. 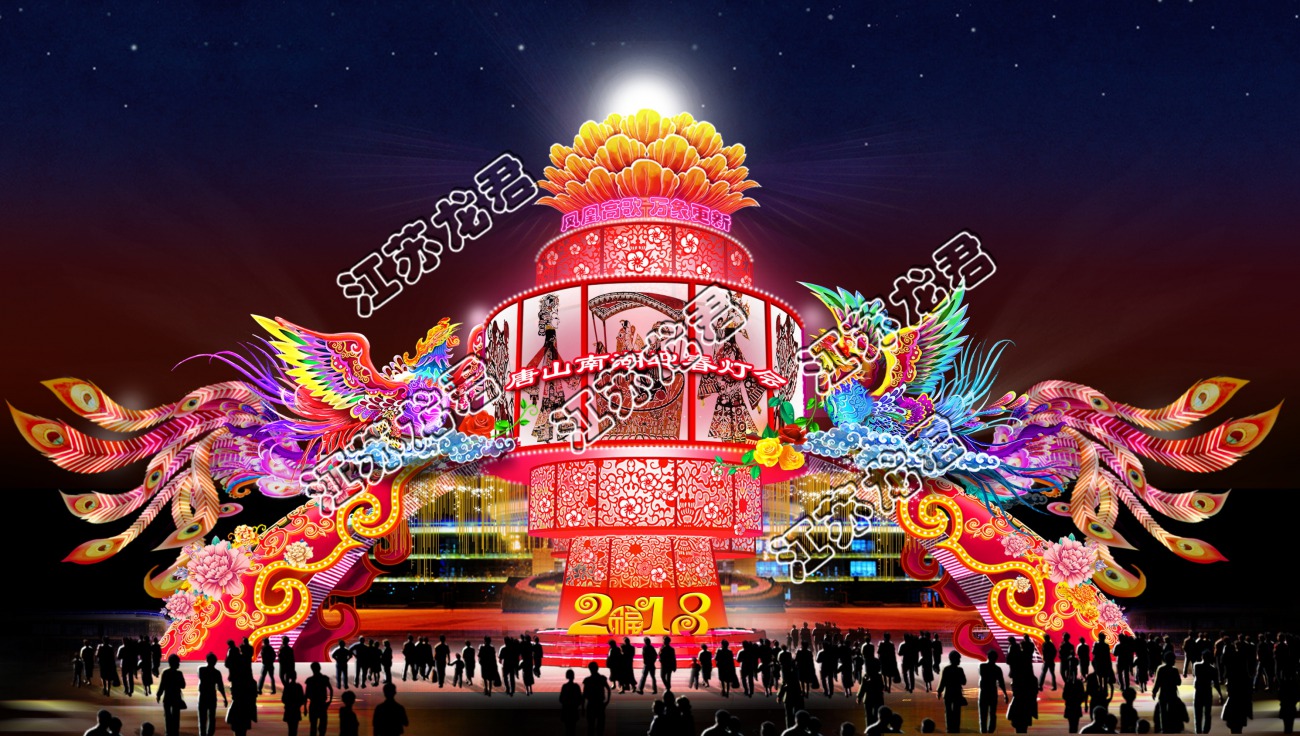 Therefore, the Lantern Festival Lanterns began in the Han Dynasty, and gradually became popular among the people after the Tang and Song dynasties in China, following the development of the Chinese nation and slowly developing to the present.

条[查看全部] 【中国传统花灯制作公司中国传统节日花灯策划制作】相关评论 A total of 0 [View all] [Chinese traditional lantern production company Chinese traditional festival lantern planning production] Related comments
本企业其它产品 More .. Other products of this company
推荐产品 More .. Recommended Products
[ Supply Search ] [ [ Tell a friend ] [ Print this article ] [ Close window ]
【中国传统花灯制作公司中国传统节日花灯策划制作】信息由相关企业自主发布，信息仅供参考，浏览者在使用前请务必进一步核实，并对任何自主决定的行为负责。 Disclaimer: [Chinese traditional lantern production company Chinese traditional festival lantern planning and production] The information is independently released by the relevant companies, the information is for reference only, the viewer must be further verified before use, and is responsible for any independently determined behavior. Trade Valley makes no representations or warranties with respect to this information and is not responsible for the consequences of its use or inability to use it.
合作之前请先核验对方身份，如：传真营业执照等；涉及资金往来，建议均使用对公账户。 Risk prevention suggestions: Please verify the identity of the other party before cooperating, such as faxing business licenses, etc. It is recommended to use corporate accounts for fund transactions. Trade Valley reserves the right to delete the above display information; we welcome you to report false information and jointly establish an honest online environment.